Cairo based travel blogger Dee Nowak, shares her insider tips on how to travel to Cairo, Egypt slowly. This slow travel guide takes you away from the chaos and usual whirlwind tours taken by tourists. 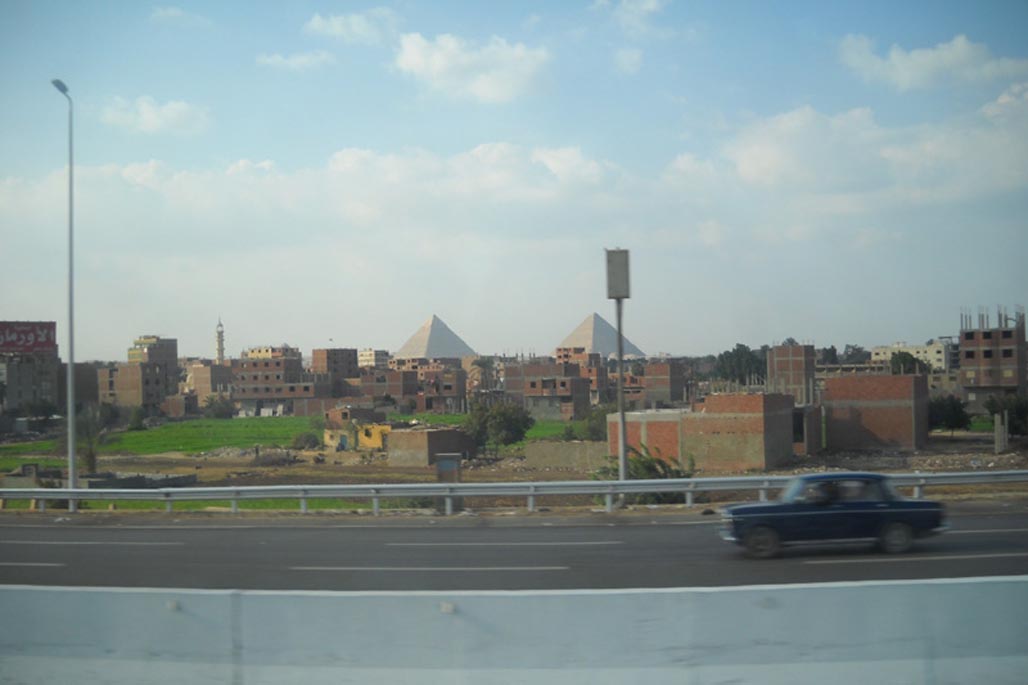 We had been given strict instructions before getting off the tour bus: “Meet back in the parking lot entrance if we get lost, and drink plenty of water. Don’t make deals with the camel handlers – they will literally take you for a longer ride than you’ve bargained for. Better not even make eye contact.”

Our tour group filed off the bus and we spent the next few hours on a whirlwind tour of the Giza pyramid complex, with an Egyptian guide bravely enduring the heat and shouting out bits of ancient history.

I even got some photos with only a few people in the background to photoshop out.

It was 2009 and the tourist crowds were thick. That night, after collapsing in my hotel room for a brief nap, we toured the old souk of Khan el-Khalili.

That was my first trip to Egypt. 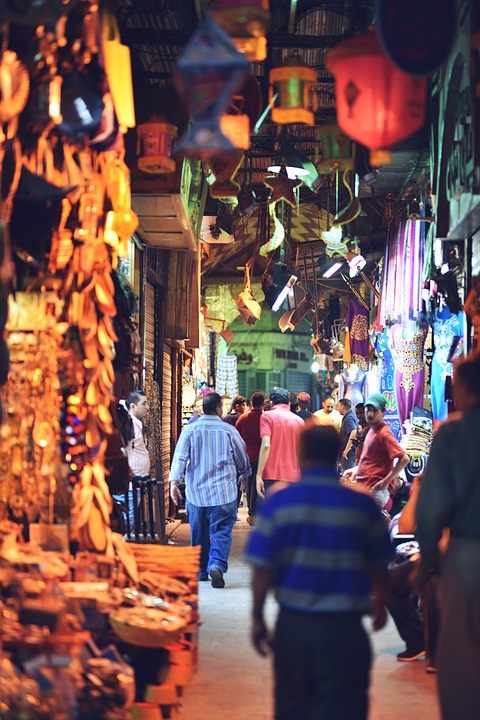 It wasn’t until a few years later, after I’d been living in Cairo for a while as an expat, that I realized I had hardly experienced the pyramids at all on that day.

This epiphany came over cold beers at the Marriott Mena House lounge bar. A view of the pyramids was right in my face, just like it had been for the entire day I’d spent gazing out at them from my hotel balcony. 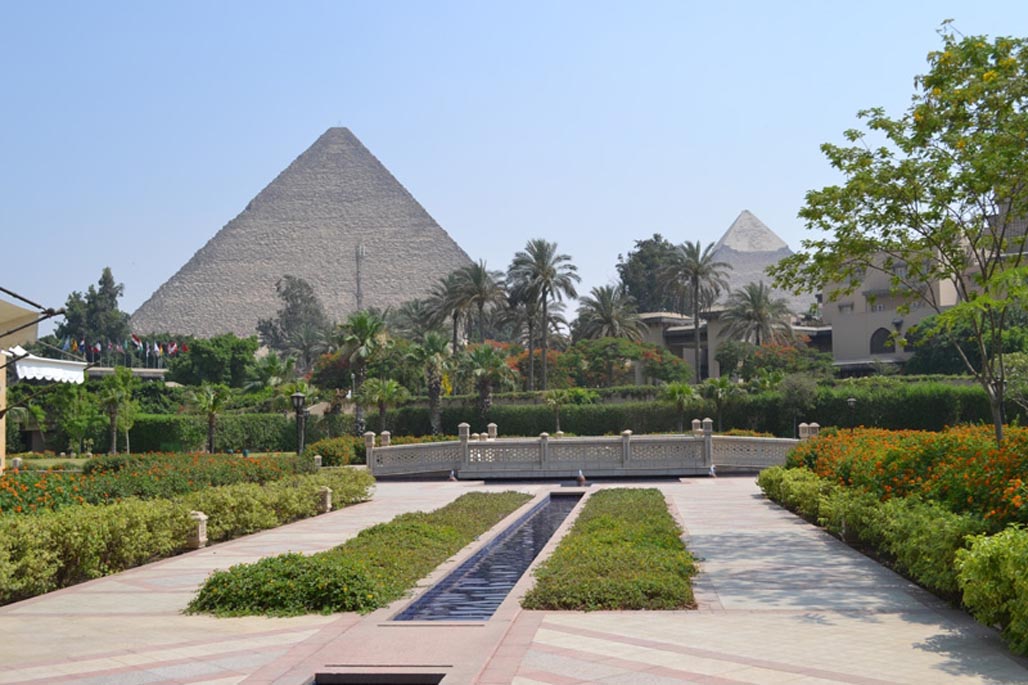 I was awe-struck at their sheer size and power, and then more complicated questions came.

How lonely and terrifying did the deserts seem to ancient Egyptians whose line of vision was constantly broken up by these royal tombs? Were the pyramids meant as a constant reminder of the kings’ might?

There hadn’t been time for much thought on my first visit when I was mostly occupied with dodging souvenir vendors.

And though I can’t say I regret that first trip (it gave me that first taste of Egypt – and it was cheap), I am very glad my travels in the country didn’t end there.

The Slow Guide to Cairo

Now imagine this: Egypt is on your bucket list like it is for thousands of people, and you’ve been saving and planning to take that once-in-a-lifetime trip. You’ve researched the monuments and battled with worries about whether Egypt is safe.

Now you’re likely tempted to pack as much into your itinerary as possible.

But if you really want a once-in-a-lifetime experience while doing justice to the incredible sights you’ll see, then put quality time over quantity and an exhausting must-see list. 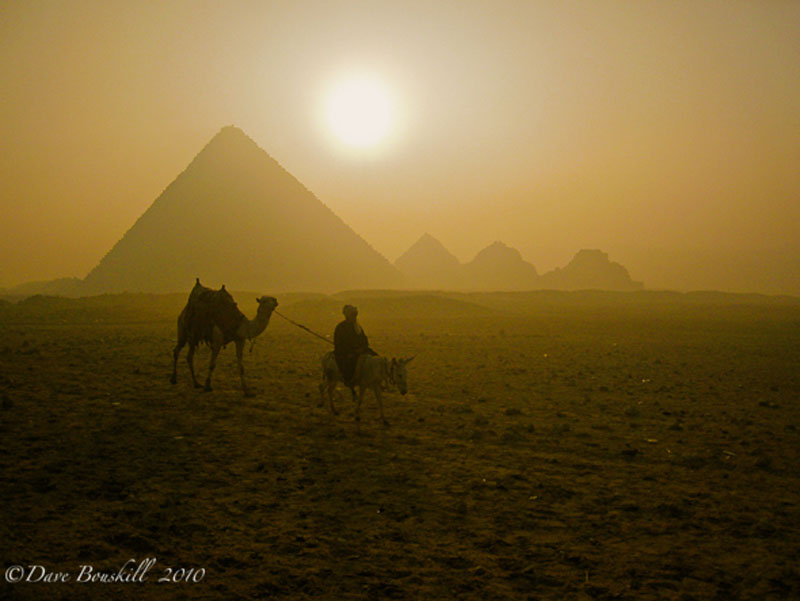 Take it slow and soak in the peaceful moments

You may not cross off all the city’s religious sites, mosques, and monuments during your stay, but the places you will see are going to offer richer and more memorable experiences.

So where do you start in a city this overwhelming?

A city notorious for traffic jams, with a population of at least 9 million, filled with honking cars, tuk-tuks and shouting street vendors?

If you only have a few days in Cairo, I’d recommend at least a day at the pyramids, and another day for the old souk of Khan el Khalili and a felucca sail down the Nile River in downtown.

This will give you a good perspective of the city and its history, without leaving you exhausted. 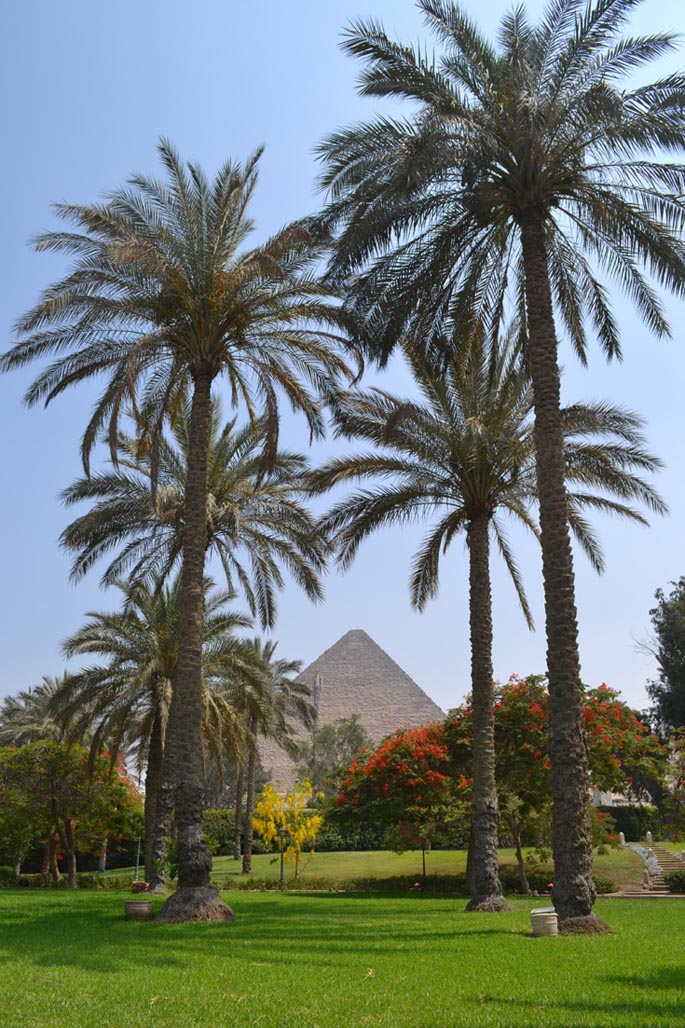 It’s autumn, there’s a chill in the air, and the tourist crowds are growing but still thin enough. It’s the perfect time to visit Cairo, and the pyramids should be at the top of your itinerary. However touristy they may get with the dressed-up camels and plastic souvenirs, they are still well worth a day trip into Giza.

Get an Uber or Careem to avoid the common tourist’s tale of heated haggling with a taxi driver over price fare. And make sure to get a tour guide who won’t just rush you from point A to B (I’d recommend: Asmaa from Walk Like An Egyptian, who really understands slow travel). 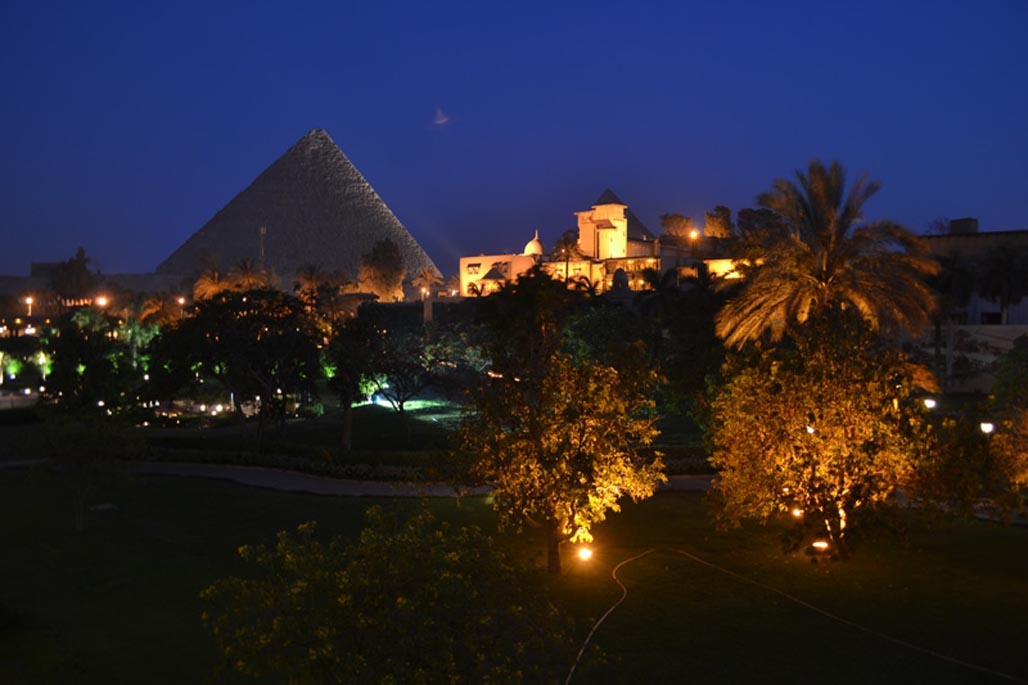 The pyramids are gorgeous when they’re lit up at night, and I’d recommend staying for dinner in Giza or spending the night at a gorgeous hotel with a view.

Plenty of Airbnbs have also cropped up nearby offering lower price options and vantage points to take in those magnificent views over an Egyptian breakfast of fava beans and falafel.

And while it may be tempting to pick up a few souvenirs from the vendors inside the complex, I’d recommend shopping at the stores in the surrounding streets where shopkeepers tend to be more laid back and where most things are labeled with price tags.

Cheap, made in China souvenirs have infiltrated all major tourist points in the country, but it’s still possible to find vintage postcards, pyramids made locally from alabaster and dense perfume oils at the local shops.

Grocery stores are also underrated, hidden treasures if you’re looking to try out some local foods, or load up on spices, halva, hibiscus or sweets to take back home. 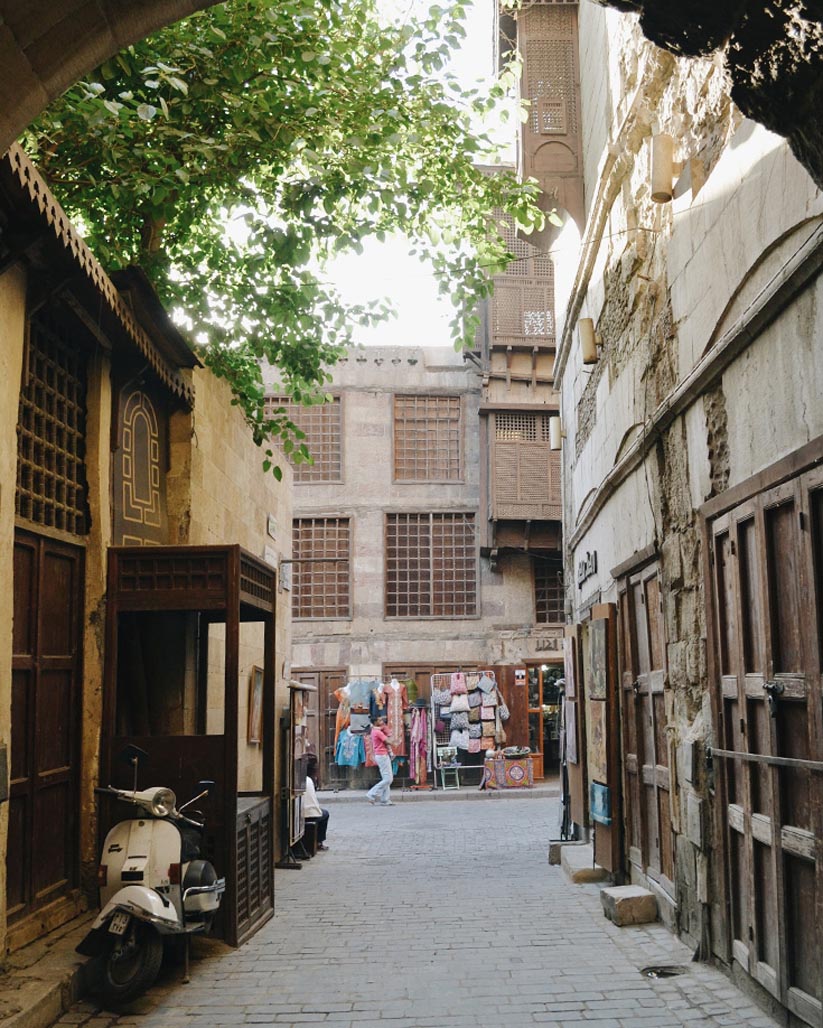 And while some tour groups tend to descend on this iconic bazaar district at night, when the traditional metal lanterns are lit up and when the historic Moez Street is illuminated in colorful lights, I love visiting during the day and wandering down the side streets to explore. 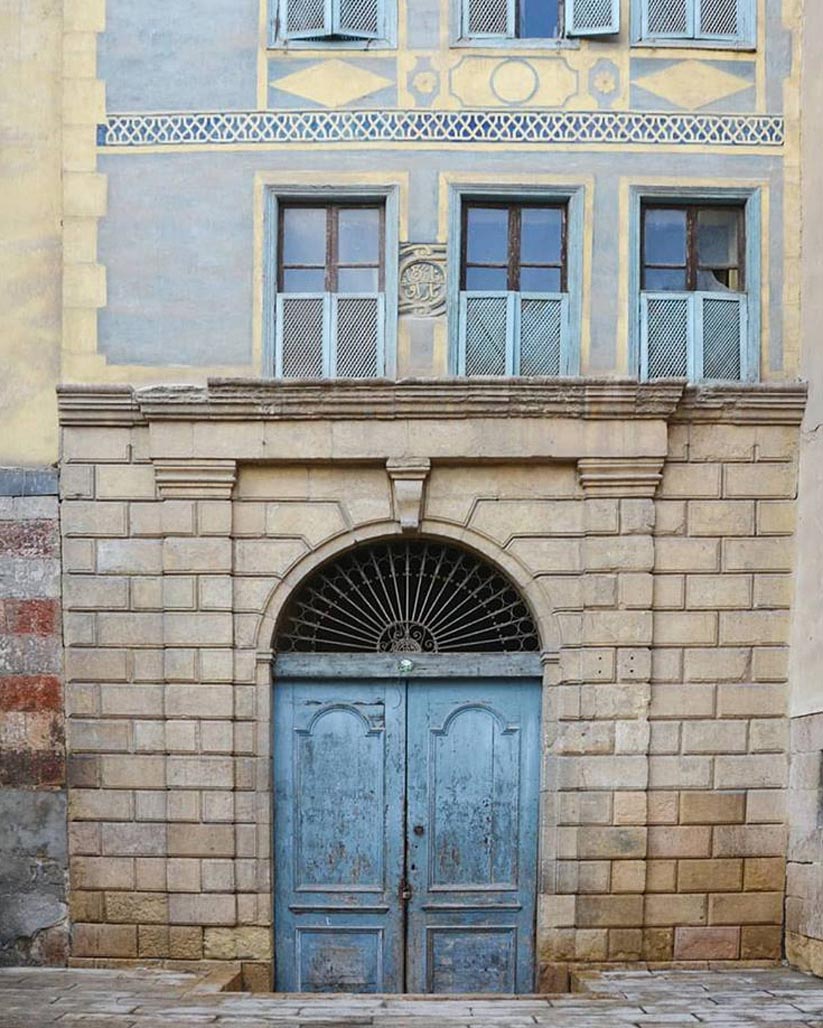 When I visited Khan el Khalili last month with a friend, we headed out at 6 am just as the first vendors were setting up. I loved the few hours of quiet when we had the streets nearly to ourselves.

Get an early start and you can marvel at the Islamic architecture and go exploring down sidestreets without having to fight your way through crowds.

I love starting off with strong coffee at El Fishawy, a gorgeous cafe nestled in a tight alley that legendary Egyptian novelist Naguib Mahfouz reportedly frequented. 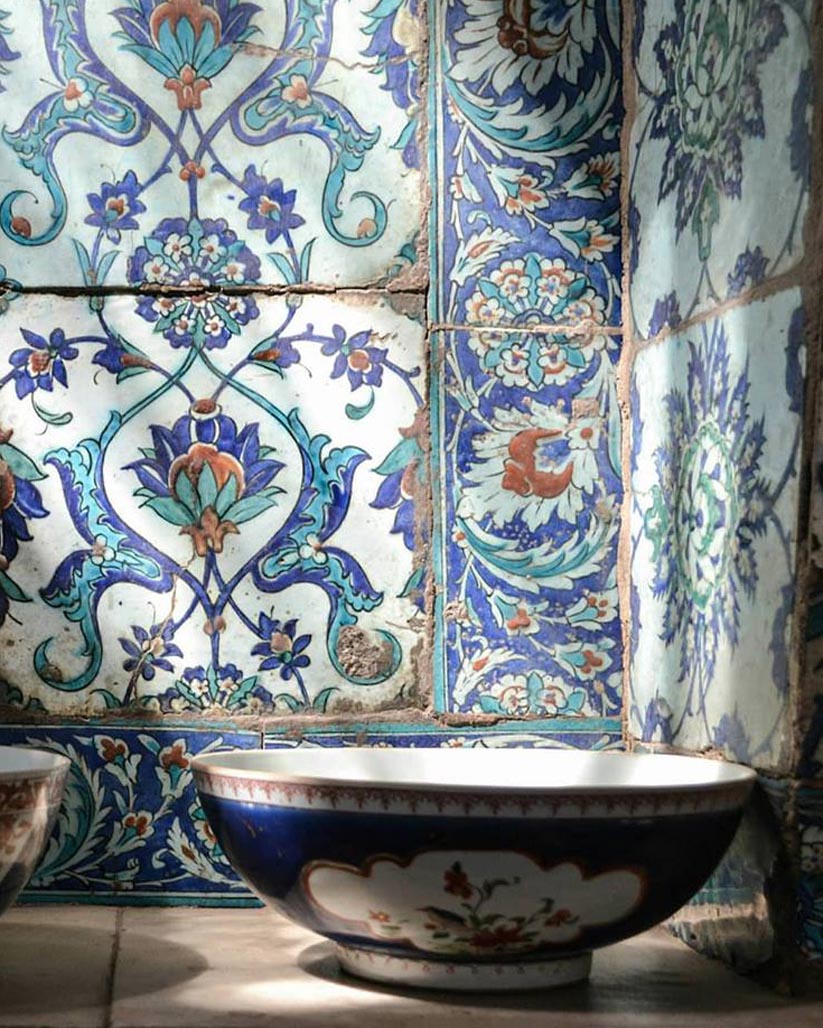 If you’re a bookworm, then reading a Mahfouz novel like Midaq Alley (set in Khan el Khalili) will give you a taste of the souk’s daily life and atmosphere.

There are dozens of mosques, madrasas, sabils, and gates you’ll find in this part of the city and I definitely recommend a tour guide for getting around.

Check out These Cairo Tours

Though you definitely shouldn’t miss Al-Azhar Mosque – a vast, open-roofed structure established in 972 whose minarets have recently been restored. 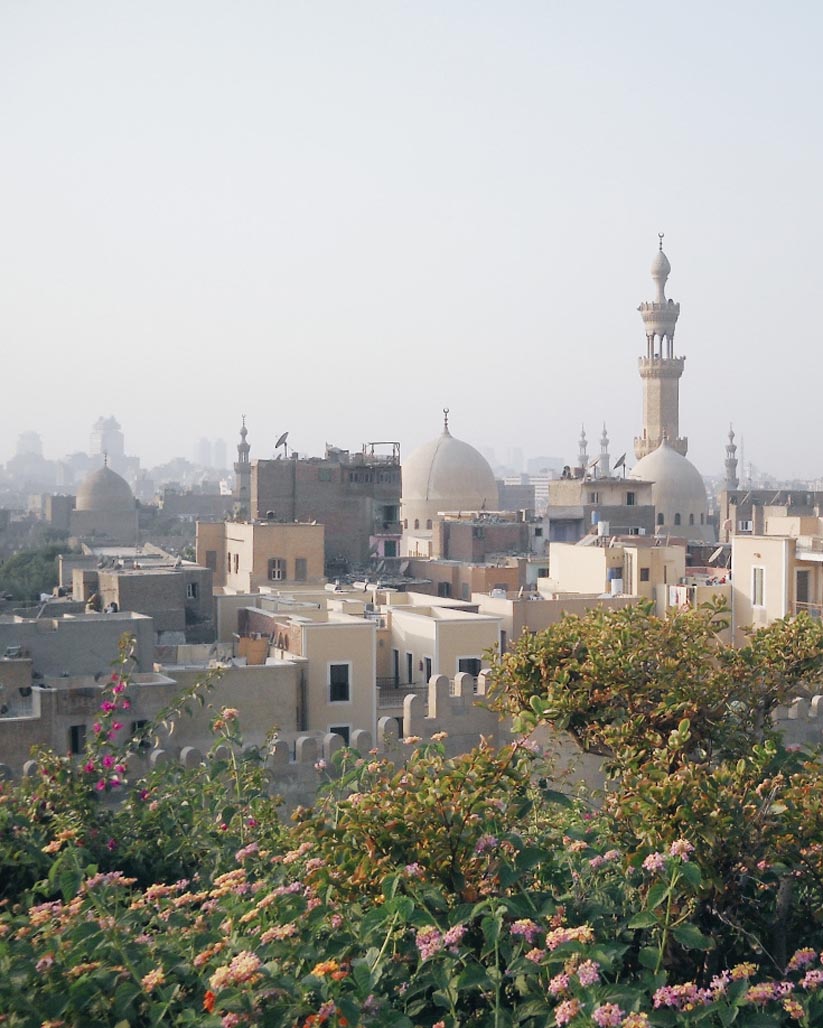 Nearby is the Abdel Zaher Bookshop, a favorite haunt of mine where you can pick up gorgeous leather notebooks and have them engraved with your name or any special message in English or Arabic.

Moez Street is the gem of this neighborhood: a kilometre-long street closed off to cars that’s packed with architectural treasures and often called an open-air museum. At least a few hours should be set aside to explore the treasures along this route.

My favorite is Bayt Al-Suhaymi, an old Ottoman-era house museum where you can see stunning wooden furniture and marble work, and catch a glimpse of daily life of centuries past. 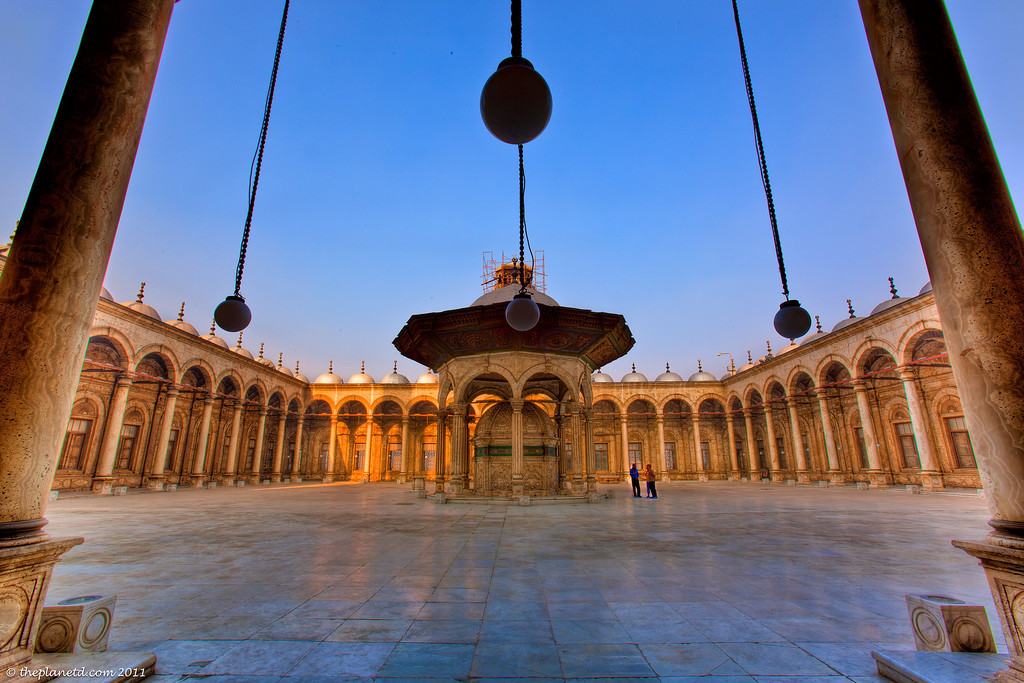 I also love Al-Hakim Mosque, built by the controversial figure its named after who’s been called either a divine ruler or an insane tyrant, depending on the source.

The interior courtyard is surrounded by striking tall arches framed with flowing curtains, while the structure is topped with some very unique minarets.

If you have time, the nearby Azhar Park is a great place to sit in the grass and rest your feet while being surrounded by views of the old city and its minarets.

While tall, modern apartment houses threaten to overtake these views, it is still a peaceful spot to watch the sunset.

A Felucca Sail in Downtown 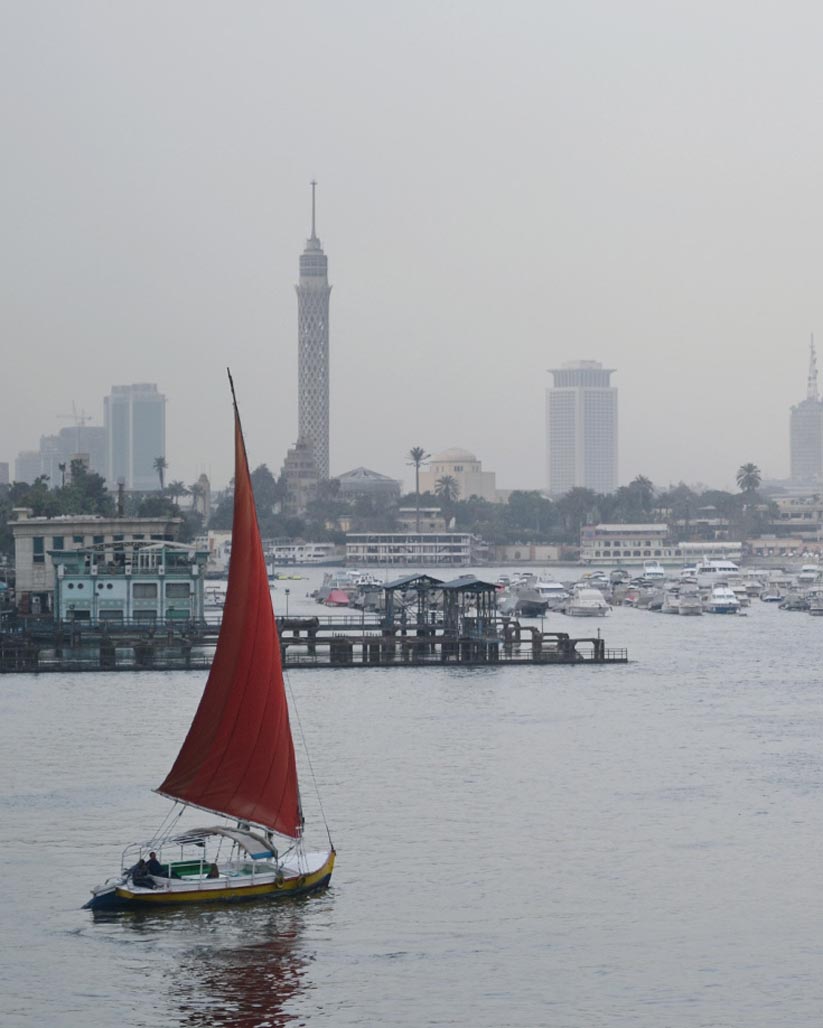 There’s more to Cairo than its ancient Egyptian and medieval past. It’s a multilayered city of contrasts where you can both smoke a shisha in a traditional ahwa or sip a latte at Starbucks, sometimes on the very same street. To get a well-rounded idea of the city, you shouldn’t miss its downtown.

A sail in a felucca, a traditional wooden sailboat, is a perfect way to end the day. You can hire a boat for an hour or two from the few stands set up near Qasr El Nil Bridge (heading in the direction of Garden City), and you can bring food on board for a meal as you take in views of the hotels and skyscrapers along the corniche.

It’s always a few degrees cooler on the water, and the noise of the traffic quickly disappears as you sail down the Nile River.

For all its hectic pace, Cairo is often best enjoyed at a slower pace. 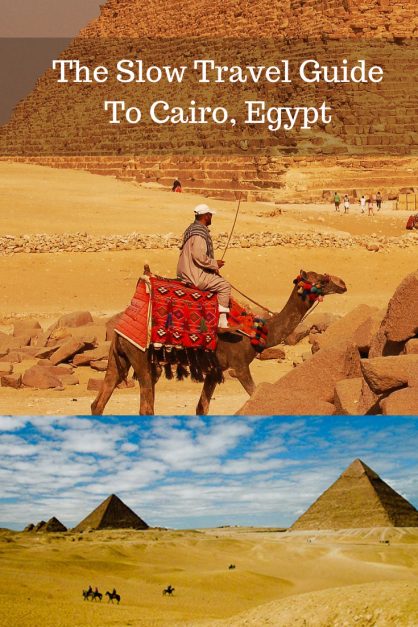 Did you enjoy this slow to guide Cairo, Egypt? If you’ve been to the city, leave some tips in the comments below and share your best advice for visiting Cairo. 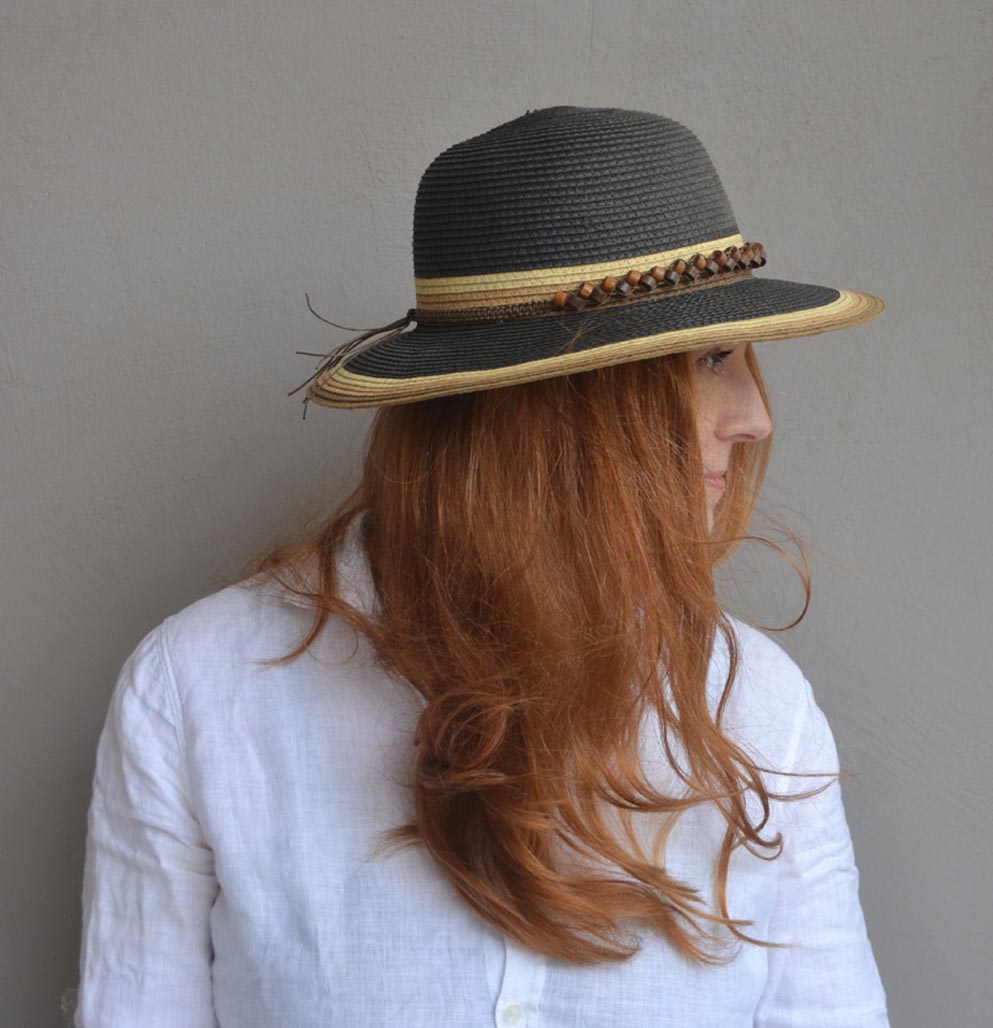 Dee is a Cairo-based travel blogger who loves slow travel and exploring local cultures. Born in Poland, she grew up in Arizona and has traveled widely across Europe, the U.S. and Egypt. Dee loves exploring lesser-known destinations and getting off the beaten path.

It All Began in Egypt – Cycling a Continent

Solo Filipina Traveler’s Guide to…
10 Reasons Why Albania Should…
Is Morocco Safe? 9 Ways…
Day Trips from Cancun –…
A Guide to Spanish Pinchos…
Exploring the Parque Natural da…
Highlights from Fierté Montreal Pride…
Checking In to The Benjamin…
Brasil at the Crossroads
Seeing London Eye to Eye…